Not only is the teaching of the Prosperity Gospel widespread (it has conquered so much of Africa and Latin America that in some places it is the only version of Christianity known), it traffics in half-truths and outright lies.  Sufferers endure the worst.  Initially some see hope in PG claims but in short order, are devastated by unfulfilled promises that heap unfounded blame and guilt onto the shoulders of those already at the end of their ropes. 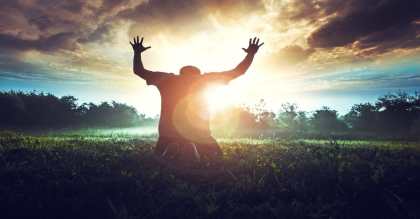 Tragically, elements of the immensely marketable but sometimes sinister teachings of people like Benny Hinn, Joel Osteen and Fred Price,  have slipped unnoticed into the thinking of many Christians.  While nearly all Christians believe God can and still does do miracles, PG advocates say He’s promised to.  Always.  If only you have enough faith.  Or do quality praying.  Or have a large number of people praying.  Or obey perfectly.  Or…

At the age of 38, Duke Divinity School professor Kate Bowler has stage 4 colon cancer, a battle she’s waged for several years.  The author of Blessed, a well-researched 2013 book on the Prosperity Gospel, she made this observation in 2016.  The “Prosperity gospel is a reflection of American avoidance of our finitude. Their denial of the inevitability of death taught me something about American confidence. Americans want to be in control. Self-determination is a theological good. It’s really hard when it comes to the fragility of the end.”

Battling the PG lies, Vaneetha Risner reminds us how horribly wrong we can be–and how horribly hurtful to others when instead of a worshipful “let God be God” message, we take one to our suffering friend like,”If you just do it right, you’ll be healed/get your marriage back/have a child/child will live/the job will come through/your stocks will go through the roof…”  https://www.desiringgod.org/articles/just-have-more-faith?utm_campaign=Daily%20Email&utm_source=hs_email&utm_medium=email&utm_content=70927869&_hsenc=p2ANqtz–MJVPy9__xfBwp2bDZbQ05IywU55yfPCd2j3bjuX5lToSh6f47iX2zi2cyQdyYy4fu6AByLIeU19tnv3EOVkLihILt_De2pKth-3IPueE3YLmTaFs&_hsmi=70927869