Or are you stunned, terrified, anxious, worried, ticked off…?

You think as a Christian you’ll have an advocate in the WH…?

Or wonder how you’ll be able to make clear that the faith you have isn’t the sort that he claims to have? 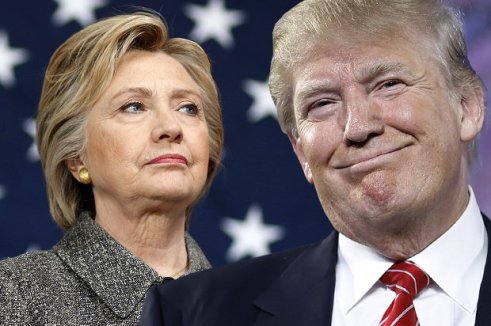 (I wrote much of this post immediately after Donald Trump was declared the winner in 2016, but never published it.  Now that we’re halfway through his term maybe it can be of benefit since I still hear a lot of conflicting voices about the election–and the Trump presidency, from followers of Jesus.)

The 2016 election was the first one in which I saw evangelical Christians (ones who believe the Bible’s true because it’s God’s voice, and that people are forgiven of sin only through trusting Christ) so divided over who to vote for.  Although the faith vote usually leans one way, that wasn’t the case in 2016.  Believers’ fervor went both directions with multiple reasons why Trump or Hillary was the only choice for a Christian.  Initially, evangelical lion Wayne Grudem publicly vouched for Trump with a detailed justification, then withdrew his support in the wake of the Access Hollywood video.  Early on several Gospel Coalition stalwarts urged evangelicals to vote Hillary, but supporters of each candidate admitted the race pitted “two flawed candidates” against each other.

Here we are 2 years later with a national sentiment still very divided about the original vote–and the current administration.  Especially with Trump having appointed 2 originalists to the high court, some Trump supporters feel vindicated and remain convinced being a man who doesn’t care what people think is the best kind of person to be president.  Meanwhile, while his political opponents despise him they look back on 2 years of bizarre tweets and White House dysfunction and salivate at the easy win they think lies ahead in 2020.  They dismiss Trump’s 60 million voters as uneducated buffoons who will likely be unable to tilt the table his way in 2 years.  If they can just hold out for that time they’re confident they can then consign his throwback immigration, anti-choice, and transgender policies to the trashheap of history where they belong.

When I originally penned this post we could have had the discussion around what all of this means for Christians who will be voting, but now it’s time to have it around what it means for Christians to be thinking, feeling, and living.  Trump may be president for 2 more years–or 6, but whether you see that as good or bad, Yahweh of Israel is going to be God forever.  Bible people know that in his management of the  world’s kingdoms, God “…gives them to anyone he chooses.” (Daniel 4:17, 25, 32)  He chose Donald Trump.  And Barack Obama.  And George Bush.  And Bill Clinton.  “Why?” is not our concern.  He did.  And if you believe the same One who is the Election-Decider is your Savior, it should bring comfort.  Your emotions should not depend on how things go, but on Who controls how things go.  What He’s doing with Mr. Trump may turn out to be a blessing to our nation, or a judgment upon it.  We do not find hope in the arms of our elected officials, but in the arms of the One who rescued us from judgment through Jesus.