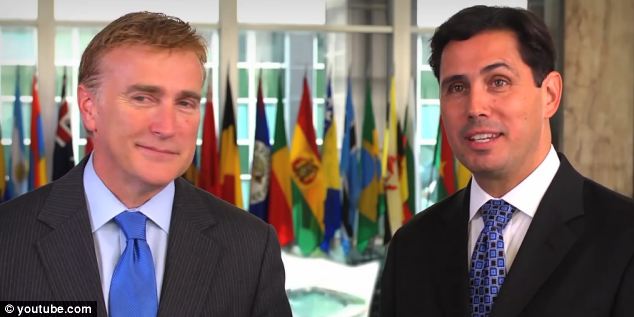 Let’s be honest: Jesus’ church has a lousy record of loving those with same-sex tendencies.  And America hasn’t always been a safe place for them.  But they are making up for lost time.  Thanks to a lot of money, push, and clout, things have radically things  changed in the 45 years since the Stonewall Riots in New York.

Not only is gay marriage now legal, its illegal to be against it.  Essentially.  Entrepreneurs refusing to be part of the nuptials can be fined and forced out of business.  It’s only a matter of time until resistors are court-ordered into reeducation conditioning–or worse.

While we and many other churches send missionaries to places like the Dominican Republic to tell people about Jesus, this administration seems hellbent on ridiculing, redefining and dismantling marriage wherever it’s found.  Not content to morally impoverish our own nation, it happily exports it as foreign policy.  Our president is not content to protect and care about those with same-sex desires–or even to simply give them a place at the table, he seems to give them carte blanche to advance the LGBTI agenda.  In 2013 alone, 4 openly gay ambassadors were confirmed by the Senate–including James “Wally” Brewster as ambassador to the Dominican Republic.  Mr. Brewster was an Obama fundraiser from 2010-2012.  Giving a face to Burdick’s and Lederer’s “The Ugly American”, Mr. Brewster and his “husband” seem to be furthering their agenda in the DR even though its constitution limits marriage to a man and a woman.  In addition to launching the LGBT Chamber of Commerce in the DR, Mr. Brewster and his partner visited a school together–a deliberate attempt some DR pastors say–to undermine DR values and laws. If you think the DR deserves an ambassador whose agenda will be to help Dominicans while honoring their laws and values, sign this White House petition to have the ambassador recalled: https://petitions.whitehouse.gov/petition/remove-ambassador-usa-dominican-republic-promoting-lgbt-agenda-inconsistent-countrys-values-1.